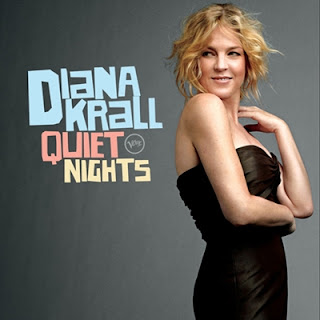 Diana Jean Krall, OC, OBC (born November 16, 1964) is a world renown Canadian jazz pianist and singer, known for her smooth and sultry contralto vocals. She has sold more than 6 million albums in the US and over 15 million worldwide; altogether, she has sold more albums than any other female jazz artist during the 1990's and 2000's.

On December 11, 2009, Billboard magazine named her the second Jazz artist of the 2000–09 decade, establishing her as one of the best-selling artists of our time. She is the only jazz singer to have eight albums debuting at the top of the Billboard Jazz Albums. To date, she has won three Grammy Awards and eight Juno Awards. She also has earned nine gold, three platinum, and seven multi-platinum albums.
We are pleased and honored to have Diana Krall as Choice America Network's  Artist of the Month for both September and October 2011.  We encourage all to visit Diana's website and enjoy scores of the world's most beautiful music from one of the most brilliant and gifted talents of our time.   You may purchase any of Diana's CD's directly on her website.  She is a must addition to any audiophiles collection.  We heartfully give our thanks to Diana for sharing one of her most precious gifts for this world to enjoy,...

Posted by EvansMediaUSA at 4:26 AM 0 comments